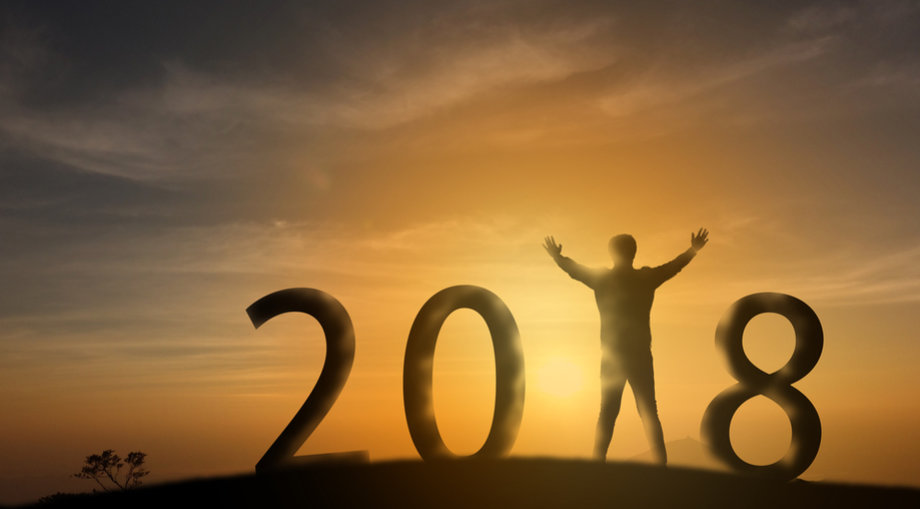 A Prophetic Encouragement for the Body of Christ by Rita Langeland

As each calendar year nears its close, I ask the Lord for revelation about the New Year looming before us. It was while I was sitting on a plane heading toward Africa, that I heard a very clear word about the coming year. “2018 will be a pivotal year.” The words resonated through my spirit. I meditated on that word “pivotal” for some time. This definition of the word made a deep impression on me - “Pivotal: of crucial importance in relation to the development or success of something else.”

If you look back over your lifetime, without a doubt, you can name a pivotal moment or a pivotal year that changed everything. It qualifies as “pivotal” if from that time forward, you were headed in a new direction. For some people, it was moving away from home and starting college. For others, it was taking a new job in a new city. For many, it was getting married and creating a new family unit together with the love of your life.

For most of us, there will be multiple pivotal events over the course of our lifetimes. Some will be relational – like marriage, divorce or the loss of a loved one in death. Some will be financial – like business success or failure. Some will be health related – such as the time you started investing in your health by radically changing your diet or the diagnosis that stopped you in your tracks. Some will be spiritual – such as the day you fully surrendered your life to God, or the year you chose to walk away from Him. All these types of events can alter the direction of your life. But how you respond to these pivotal moments will determine the end of the story.

I know that some intense changes will be coming our way in 2018. God intends for them to be good “pivots” for our lives, taking us in new and exciting directions that will bring blessing to both our lives and the lives of others. How we respond to these coming changes will be crucial in the overall outcome of the year. The Lord gave me some keys to help us benefit from this pivotal year of 2018:

1. DON’T FEAR OR HIDE FROM THE COMING CHANGES

Changes are inevitable in a pivotal season – and it is critical that you don’t try to avoid them. If you do, you will surely miss the blessing God intends for you.

We can learn something from one not-so-familiar Bible character named Mephibosheth. If we evaluate his life story as revealed in the book of 2 Samuel, we could observe two pivotal years in his life. The first occurred when he was five years old. His father Jonathan and grandfather King Saul were killed in a battle. When his nurse heard the news, she picked up the child and fled. But in her hurry, she stumbled and dropped Mephibosheth. Both his legs were injured and he was lame for the rest of his life. (2 Samuel 4:4) That pivotal event changed his life direction.

Fast forward into his adulthood, and we find a second pivotal moment. Mephibosheth was living in a town called LoDebar – which means “without pasture” or “without communication.” Sounds like a lonely, fruitless and isolated place to live. (Ever feel like you have been living in LoDebar?) Suddenly, the King of Israel - David – the one who took his grandfather’s throne after Saul died – sent for Mephibosheth. The immediate temptation for Mephibosheth was to fear that his miserable life was about to get much worse. (It was not uncommon at that time for a king to imprison or exterminate the members of the former king’s family to remove any threat to his reign.)

But the reality was that God was about to bless him beyond his imagination. Instead of killing or imprisoning Mephibosheth, King David restored all his grandfather’s property to him, assigned a steward to manage it and insisted he move to Jerusalem to take a place at the King’s royal table. But Mephibosheth could have missed it all if he had succumbed to fear and hid himself from the change that was coming his way. Don’t let fear of change rob you of the blessings God has for you in 2018.

And from that time on, Mephibosheth ate regularly at David’s table, like one of the king’s own sons.
2 Samuel 9:11b New Living Translation (NLT)

2. DON’T MOURN THE LOSS OF THE FAMILIAR

You are probably familiar with the story of the Israelites wandering through the wilderness for forty years before they were able to enter the Promised Land. During that forty-year period they received manna from heaven for their food. Each morning the manna appeared faithfully without fail, six days per week. On the sixth day there was a double portion so that they would have food for the seventh day but wouldn’t violate the Sabbath to collect it.

But a pivotal day came when they finally entered the Promised Land. Massive change was about to take place in their lives, and they had to leave the familiarity of wilderness living behind. On that first day in the Promised Land, the Israelites lost what had become very familiar to them over 40 years - their daily provision of manna. But God allowed that “loss of the familiar” so they could begin to enjoy the abundant produce of the Promised Land.

BE WILLING TO SURRENDER THE FAMILIAR AND THE COMFORTABLE TO THE LORD SO HE CAN BRING YOU INTO SOMETHING BETTER!

3. BE VIGILANT TO MAKE DECISIONS THAT ALIGN WITH GOD’S WORD

Joseph stayed in alignment with God by keeping his heart free of bitterness even though he had been betrayed by his brothers, and sold as a slave to Potiphar, the captain of Pharaoh’s guard. The result of Joseph maintaining that alignment with God was promotion and favor. God caused Joseph to prosper and be successful in the midst of his difficult situation. Joseph’s presence brought a blessing to Potiphar’s entire household.

Potiphar unwittingly came into alignment with God by promoting God’s man – and the result was instant blessing upon all that he possessed. Staying in alignment with God’s will and His Word in every area of your life from your attitudes to your actions will set you up for a blessing!

So Joseph found favor in his (Potiphar’s) sight and became his personal servant; and he made him overseer over his house, and all that he owned he put in his charge. It came about that from the time he made him overseer in his house and over all that he owned, the Lord blessed the Egyptian’s house on account of Joseph; thus the Lord’s blessing was upon all that he owned, in the house and in the field. So he left everything he owned in Joseph’s charge; and with him there he did not concern himself with anything except the food which he ate. (Genesis 39:4-6a NASB)

4. REMOVE EVERY DISTRACTION THAT KEEPS YOU FROM HEARING GOD’S VOICE SO YOU DON’T MISS THE PIVOTAL MOMENTS of 2018

In this generation, the enemy of your soul – Satan – is employing an innocent looking scheme to keep Christians distant from God, weak in faith, shallow in spirituality and prayerless. It is the strategy of “DISTRACTION.” With all the electronic media bombarding us minute by minute, there is little “quiet time” in a 24-hour period as we are constantly inundated with messages, social media updates and emails accompanied by beeps and rings designed to get our immediate attention and draw us into a web of worthless, unbiblical and unedifying images and articles.

Hearing God’s voice and seeking His direction requires quiet and stillness of mind and spirit. Satan has worked hard at robbing our generation of this crucial element needed for receiving God’s direction. 2018 needs to be the year we remove distractions and seek the Lord in a new and fresh way. That may require disconnecting from social media altogether or “fasting” social media for set days and hours. Don’t be robbed this year of hearing from God and receiving the divine directions He is longing to give you. God is calling to you to become like the “sons of Issachar” - men who understood the times and knew what Israel should do.

Of the sons of Issachar, men who understood the times, with knowledge of what Israel should do, their chiefs were two hundred; and all their kinsmen were at their command. (1 Chron 12:32)