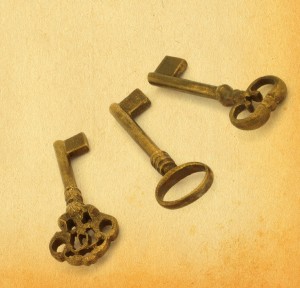 This is the exact circumstance that faced Jairus in the story found in the fifth chapter of the Gospel of Mark. Jairus was the ruler of the local synagogue. Though many other Jewish religious leaders were trying to discredit Jesus and call him a blasphemer, somehow Jairus had come to believe in him. In fact, he had faith that Jesus could heal his deathly ill daughter. He said to Jesus, “Come and lay Your hands on her, so that she may be healed and live.” (Mark 5:23)

Jairus was a lot like us. He had a need, he believed that Jesus could take care of that need and he approached Jesus in faith. Jesus responded immediately by agreeing to go with him to his house. And Jesus went with him… (Mark 5:24)

But what happened next almost derailed Jairus’ faith. …there came some from the ruler’s house, who said [to Jairus], Your daughter has died. Why bother and distress the Teacher any further? (Mark 5:35 Amplified Bible)

Suddenly, it was as if Jairus had hit an immovable wall. His faith was stretched to the breaking point with the piercing reality of those painful words. Have you faced a major setback in a faith battle you have been fighting – and now it appears that the only reasonable conclusion is to stop believing God for a good resolution? That is what Jairus’ friends told him to do. “Stop bothering the teacher,” they said. In essence they were telling Jairus to stop believing God for the healing of his daughter.

But we can gain victory for our own lives by studying the three faith keys that Jesus taught Jairus after those men delivered the bad news to him. First of all, the Amplified Bible gives us insight into how Jesus reacted to the announcement of the death of Jairus’ daughter in Mark 5:36 - Overhearing but ignoring what they said… Imagine this – Jesus heard the words the men spoke about Jairus’ daughter being dead. And his response was to intentionally IGNORE WHAT THEY SAID. He knew what they said to Jairus – and Jesus knows what people (and circumstances) have “said” to you. Jesus didn’t ignore the words because he was in denial or pretending it didn’t happen. Jesus understood what a person has to do when they are faced with a faith challenge the size of a mountain! And he taught Jairus by example the secret of what to do when confronted with impossibility. The first step was to IGNORE PEOPLE WHO ENCOURAGE YOU TO GIVE UP ON BELIEVING GOD.

Secondly, Mark 5:36 tells us - Jesus said to the ruler of the synagogue, Do not be seized with alarm and struck with fear; only keep on believing. Jesus immediately exhorted Jairus to not allow himself to be gripped with fear. A spirit of fear is always the first “devil” that attacks a person when bad news is reported. But we have to make a decisive choice to refuse to be “seized with alarm and struck with fear.” You really can refuse to accept fear as your only option when bad news is delivered! But most people think that they have no choice. They believe fear is “natural” in such circumstances. And because they believe that way – they are tormented with fearful thoughts in times of crisis. Jesus obviously believed otherwise or He never would have told Jairus that he could refuse to fear.

Jesus walked with Jairus until they arrived at his home. Jairus had to keep on believing when he was faced with the sight of his daughter lying dead on the bed in his house and the crowd of mourners wailing at the top of their lungs. Everything inside of him must have screamed, “It is too late!” But he kept the words of Jesus fresh in his heart, “…only keep on believing.”

Because Jairus was willing to ignore the words of those who told him to give up, and because he refused to fear, and because he obeyed Jesus’ command to keep on believing, Jairus received the impossible made possible. His daughter was raised from the dead before his very eyes. God wants to do the same in your situation. Take hold of these three faith keys that Jesus taught to Jairus, apply them to your case, and you will see God do the impossible for you.