To Love or to Judge...That is the Question

But the Lord said to Samuel, “Do not look at his appearance or at the height of his stature, because I have rejected him; for God sees not as man sees, for man looks at the outward appearance, but the Lord looks at the heart."
1 Samuel 16:7 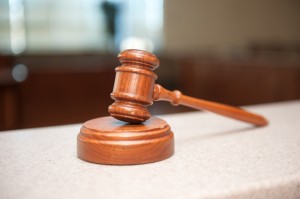 The human tendency to judge people has been around since the beginning of time. When we judge people by what we observe with our natural eyes, we will always be in danger of making a grave error in judgment. Even mature Christians who have demonstrated spiritual discernment at other times, (like Samuel the prophet in the scripture above) make errors when they judge people by how things appear. This has resulted in much heartache and sorrow in the body of Christ.

Jesus understood this common fault of mankind, so He taught, "Judge not, lest you be judged." (Matthew 7:1) I have observed believers walk into a certain situation, size it up with their own minds, and then proclaim that they had "discerned" that a certain Christian leader was in sin. They were so sure they were right that they could not be dissuaded from their position of judgment. But time revealed that they were absolutely wrong.

One of the biggest challenges for mature believers is to avoid the mistake of always thinking that whatever thought crosses their minds must be from God just because they walk closely with God. The Lord told Isaiah the prophet, "Your thoughts are not My thoughts..." If a man of the spiritual stature of Isaiah could be told by God that his thoughts were NOT the same as God's, then the same must hold true for us. Therefore it is vital that we don't ever take the hard and fast position that if we think a certain thing, it must be true and accurate.

The hurt that can result from such unbiblical behavior among believers is often devastating. It is unbiblical because Jesus forbade us to judge others. Yet it is a sin that easily besets us as human beings. Galatians 6:7 teaches us, that whatsoever a man sows, that he will also reap. It would be a painful way to learn the lesson if you end up reaping (in your own life) someone wrongly judging your character and motives because you had done so to someone else.

The wisest course is to make a conscious decision to commit yourself to following Jesus' command to "judge not."

But how do you handle being confronted with a situation in which it appears that a person is clearly in sin or struggling with some temptation? I find Francis Frangipane's counsel to be among the wisest I have ever heard. In his book, "Holiness, Truth and the Presence of God," he exhorts the body of Christ to become a people who are so motivated by love that they will persevere in prayer until the weakness seen in a fellow believer is overcome and the person is restored. That is a huge departure from the usual response to seeing a fellow Christian in sin. Many people will act shocked and personally offended by the sin, become critical and judgmental, begin to gossip to others about it, encourage others to avoid the "sinner" like a pariah and eventually reject the person from their fellowship.

God's Word has clearly spelled out how to handle such situations, and the guiding principle is the law of love. Galatians 6:1-2 states it plainly:

Brethren, even if anyone is caught in any trespass, you who are spiritual, restore such a one in a spirit of gentleness; each one looking to yourself, so that you too will not be tempted. Bear one another’s burdens, and thereby fulfill the law of Christ.

In essence, we are called to love like God loves and leave the judgment of people to Him. If we insist on judging people, we will have no room in our hearts to love them.